An Antonov-32 aircraft with four passengers on board took off from the main international airport carrying the impeached Sri Lankan leader and President Gotabaya Rajapaksa, his wife and a bodyguard, immigration officials said. Following months of widespread protests against the worst economic crisis in the nation’s history, Sri Lanka’s embattled president flew to the Maldives early Wednesday. 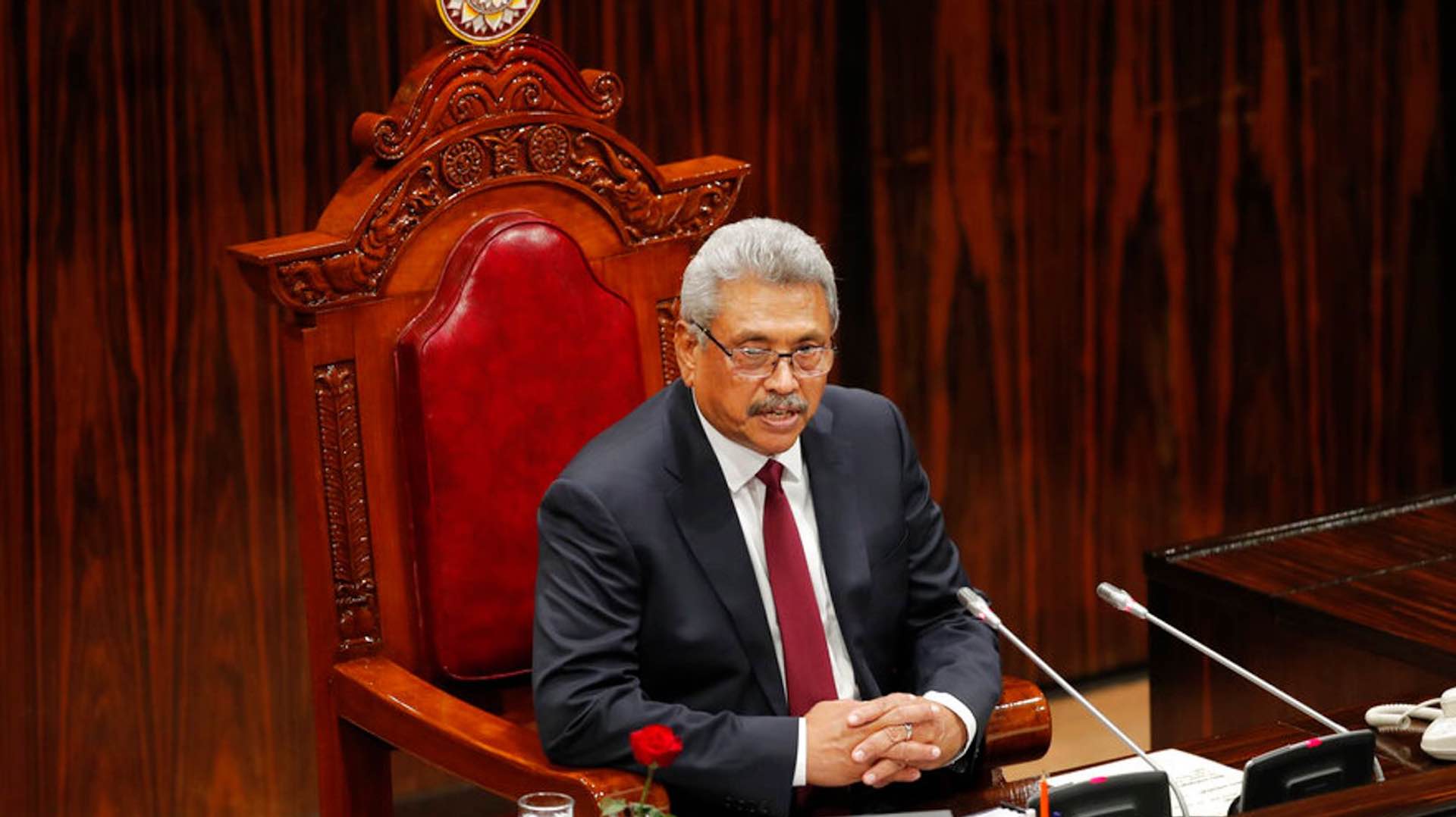 After fleeing his official residence in Colombo before tens of thousands of protesters overran it, Gotabaya Rajapaksa had promised to resign on Wednesday and allow a peaceful transition of power. To avoid the possibility of being detained, Rajapaksa is believed to have wanted to go abroad before stepping down while enjoying immunity from arrest.

Male Airport officials said they were driven to an undisclosed location under police escort when they arrived in the Maldives. The departure of the 73-year-old leader once known as The Terminator had been stalled for more than 24 hours in a shameful stand-off with immigration personnel in Colombo. The staff at Bandaranaike International Airport refused to offer VIP services to Rajapaksa, demanding that all passengers must pass through public counters if they want to fly to Dubai commercially.

Security officials said the presidential party was hesitant to use regular channels out of fear of public reaction, which resulted in them missing four flights to the UAE on Monday. It was not immediately possible to secure clearance for a military flight to land in India, and at one point the group headed to a naval base with the intention of fleeing by sea, a security official said.

Earlier Tuesday, Basil Rajapaksa, who resigned in April as finance minister, missed his own Emirates flight to Dubai after a tense standoff with airport employees. Basil, who holds dual citizenship with the United States and Sri Lanka, tried to use a paid concierge service for business travelers. However, airport and immigration officials said fast track services had been discontinued. An airport official said that many passengers protested Basil boarding their flight. The situation was tense, so he hurriedly left the airport.

The Sri Lanka Immigration and Emigration Officers Association said that its team members declined to serve Basil Rajapaksa at the VIP departure lounge at Colombo airport. Given the unrest in Sri Lanka, immigration officials are under tremendous pressure to not allow top-level people to leave the country, according to K. A. S. Kanugala, chairman of the association.

An official source said a suitcase full of documents, as well as 17.85 million rupees (about $50,000) in cash, had also been left at the stately mansion. He remained commander-in-chief of the armed forces with military resources at his disposal despite no official word from the president’s office about his whereabouts. Rajapaksa is accused of fraud, embezzlement, and manipulating the economy so that the country cannot finance even essential imports, resulting in severe hardships for the 22 million people.

Prime Minister Ranil Wickremesinghe will automatically take over as president if Gotabaya steps down as he promised until the Parliament elects a MP to finish out the term. In November 2024, the term of the president ends. However, Wickremesinghe himself has indicated he is willing to step down if a consensus can be reached on forming a unity government.

It could take between three days to convene parliament – the minimum allowed under the statute – and up to 30 days to complete the succession process. According to the parliamentary speaker, if Rajapaksa steps down on Wednesday, a vote will take place on July 20. During the 2019 presidential election, Sajith Premadasa, the leader of the opposition party Samagi Jana Balawegaya, lost to Rajapaksa. He has announced he will run for the post again. During a Tamil rebel suicide bombing in May 1993, Premadasa’s father, Ranasinghe Premadasa, was assassinated.