On the occasion of his official visit to the Republic of Korea, President Yoon Suk Yeol received Saudi Minister of Foreign Affairs Prince Faisal bin Farhan bin Abdullah at the Presidential Office. He conveyed the greetings of King Salman bin Abdulaziz Al Saud and His Royal Highness Prince Mohammed bin Salman bin Abdulaziz, Crown Prince and Deputy Prime Minister. He also conveyed the wishes of continued stability and progress to the President and the Government and People of the Republic of Korea. 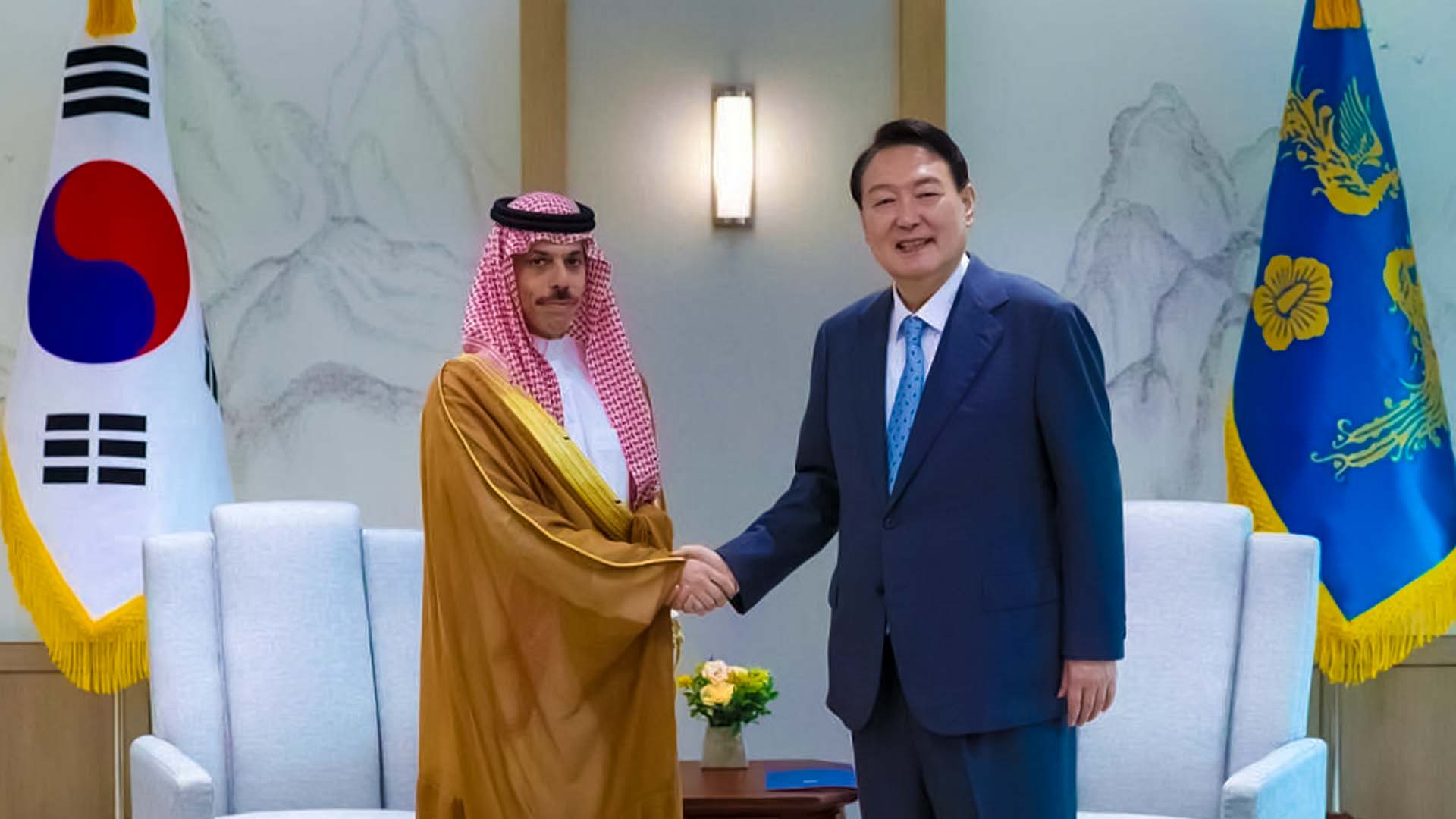 Greetings and appreciation were sent by the President to King Salman, Crown Prince Mohammed bin Salman, and the government and people of Saudi Arabia. In addition to discussing bilateral relations between the two countries and ways to enhance them in all fields, they also discussed regional and international developments and how they are working towards peace and stability. Sami Al-Sadhan, the Saudi Arabian Ambassador to the Republic of Korea, and Abdulrahman Al-Daoud, Director-General of the Ministry of Foreign Affairs, attended the meeting.